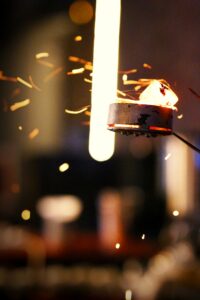 For the last three decades, the race has been on to create batteries that don’t cost us the Earth, quite literally, through the massive destruction of fragile ecosystems caused in their creation.

Lithium-ion batteries are currently favoured by phone and car companies, but the environmental and humanitarian cost of mining the rare minerals needed in their composition is extremely high. These batteries eventually end up in the trash, further compounding toxic waste, human misery, destroyed ecosystems.

Lithium-sulfur batteries have been researched for years as an alternative because they are made from far less ecologically harmful materials, are much lighter and cheaper to produce, and are far less likely to catch fire. The drawback until now was they had a shorter lifespan than the more environmentally destructive lithium-ion alternative.

But now the good news: an engineering team at Drexel, Phildelphia USA, has discovered a way to make Lithium-Sulfur batteries last more than twice as long as Lithium-ion batteries and with three times the capacity!

Accidental Discovery
The team of researchers were trying to slow down a chemical reaction to improve suphur batteries but then, almost miraculously, accidentally discovered something else: a new chemical phase of sulfur that basically stops battery degradation! They were so shocked by this discovery that they had to check hundreds of times to ensure they weren’t misreading it.

Drexel’s Department of Chemical and Biological Engineering team leader, Vibha Kalra, PhD. said:
“As we began the test, it started running beautifully – something we did not expect. In fact, we tested it over and over again – more than 100 times — to ensure we were really seeing what we thought we were seeing. The sulfur cathode, which we suspected would cause the reaction to grind to a halt, actually performed amazingly well and it did so again and again without causing shuttling.”

“After more than a year of testing, the sulfur cathode remains stable and, as the team reported, its performance has not degraded in 4,000 charge-discharge cycles, which is equivalent to 10 years of regular use. And, as predicted, the battery’s capacity is more than three-fold that of a Li-ion battery.

“While we are still working to understand the exact mechanism behind the creation of this stable monoclinic sulfur at room temperature, this remains an exciting discovery and one that could open a number of doors for developing more sustainable and affordable battery technology,” says Kalra.

“Replacing the cathode in Li-ion batteries with a sulfur one would alleviate the need for sourcing cobalt, nickel and manganese. Supplies of these raw materials are limited and not easily extracted without causing health and environmental hazards. Sulfur, on the other hand is found everywhere in the world, and exists in vast quanties in the United States because it is a waste product of petroleum production.”

Photo by Alena Plotnikova on Unsplash

Meantime what to do?
Our ocean ecosystems are at a risk due to deep sea mining of cobalt and other rare minerals needed for the production of Lithium-ion batteries.

Here are some action steps you can take right now.
1. Inform yourself. Go on a quick virtual tour of the ocean depths Here’s an interactive guide to the depths thanks to the Guardian newspaper. It will help you find out a bit of what is living in the oceans at various depths.
2. Find out more about the harm about to be done. Here’s more information thanks to Greenpeace. and an earlier post by me on deep sea ecosystems and why you need to take a stand against damaging or destroying ecosystems on the sea floor that haven’t been fully researched or some even discovered yet.
3. Sign the Greenpeace petition to end deep sea mining stop deep sea mining

4. Inform others. Share on social media. Help end deep sea mining by putting pressure on car companies and battery manufacturers to act responsibly and back sustainable technology. For example,
Send a tweet to car companies encouraging them to accelerate the transition to electric cars without risking irreversible harm to marine ecosystems.

5. Find out more about Mission Blue led by legendary marine scientist, Dr Sylvia Earle who asks of you:
6.“I wish you would use all means at your disposal — films, expeditions, the web, new submarines — to create a campaign to ignite public support for a global network of marine protected areas; Hope Spots large enough to save and restore the blue heart of the planet.”

“We need to protect the ocean as if our lives depend on it – because they do!” – Sylvia Earle