Are you at the crossroads? Is your life in transition?

Our next theme in Earth School is about a phase or multiple phases all of us go though at one time or another. The period of transition when you have let go of where you were in the past and aren’t yet sure where to next. 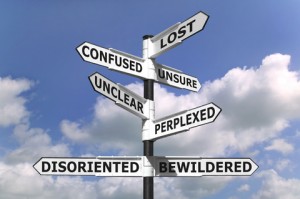 Our lives are cyclical. Each of us passes through various predefined phases.
Developmental psychologists, after Erik Erikson, describe emotional, physical and psychological/intellectual growth phases.
Astrologers talk a different langauge and describe phases according to the impact of the planets on your life.
For example, one of these phases they call your ” Saturn return”.
Anthropologists on the other hand talk about rites of passage when one moves from one phase in life to another – these differ from culuture to culture.

Clarissa Pinkola Estes in Women who run with the wolves describes 16 different phases that a women passes through from birth to old age.
She says these phases are not tied strictly to chronological age “some women at eighty are still in developmental young maidenhood, and some women at age forty are in the psychic world of the mist beings, and some twenty year olds are as battle scarred as long-lived crones. The ages are not meant to be hierarchical, but simply belong to women’s consciousness and to the increase of their soul-lives. each age represents a change in attitude, a change in tasking, and a change in values.” (p.447, 1992)

We’ll be discussing this topic with various experts over the next few weeks.
Our first 2 calls are as follows:

This coming Thursday, April 21st, we’ll be interviewing Richard Unger on this topic as seen from a hand analysis perspective.
Richard has spent over 40 years pondering this topic from a hand perspective.
We’ll be looking at markers related to transition in great detail.
Richard plans to focus mainly on the fate line (also called the career line or the Saturn line) discussing what he has seen over the years and what he advises clients to do while in a period of transition.

You can find out more about this call here.

Then next Wednesday, April 27th we’ll be talking to Vaishali on this same topic from her perspective.
I also plan to interview an astrologer. Stay posted.

« You are what you love | Home | Marina Borruso agrees to an Earth School interview – living in the present. »

One Response to “Are you at the crossroads? Is your life in transition?”