Everyone is pondering the recent atrocities in France, and while I don’t think the cartoonists were totally innocent in this affair, I deeply appreciate what Richard Moss says about the real beast being mental constructs that we allow to devour us.
Richard quotes from a gospel according to Thomas, that was written in 2nd c and buried 4th c.) as it seems Jesus was attempting to use lions or wild beasts as an analogy for the mental constructs.
The teaching went something like this: If a man lets the beast (a fierce thought) devour him, the man becomes a beast to others. But if the man sees the beast for what it really is, a dangerous belief/mental construct, the man conquers or overcomes the “beast” (his own dangerous thoughts).

Perhaps the quote Richard Moss refers to (that was literally buried for eight hundred years) is the source behind all the paintings of lions and saints. If Jesus was teaching mindfulness using lions to represent thoughts that devour us, and his teachings inspired art, it is easy to see how these allegorical paintings could then be taken literally, as evidence of real events, by people who either didn’t hear the teaching or get it, thereby sparking the myth that Christians were actually thrown to the lions in ancient Rome as a spectator sport?
(Apparently there are no genuine records of this ever happening!) Richard’s message deeply resonates with me because my original concept for Earth School was that it be called “Rome” – a place where there are 4 arenas where you could get eaten by lions.
These 4 arenas are: health issues, wealth issues, relationship issues and meaning/spirituality issues 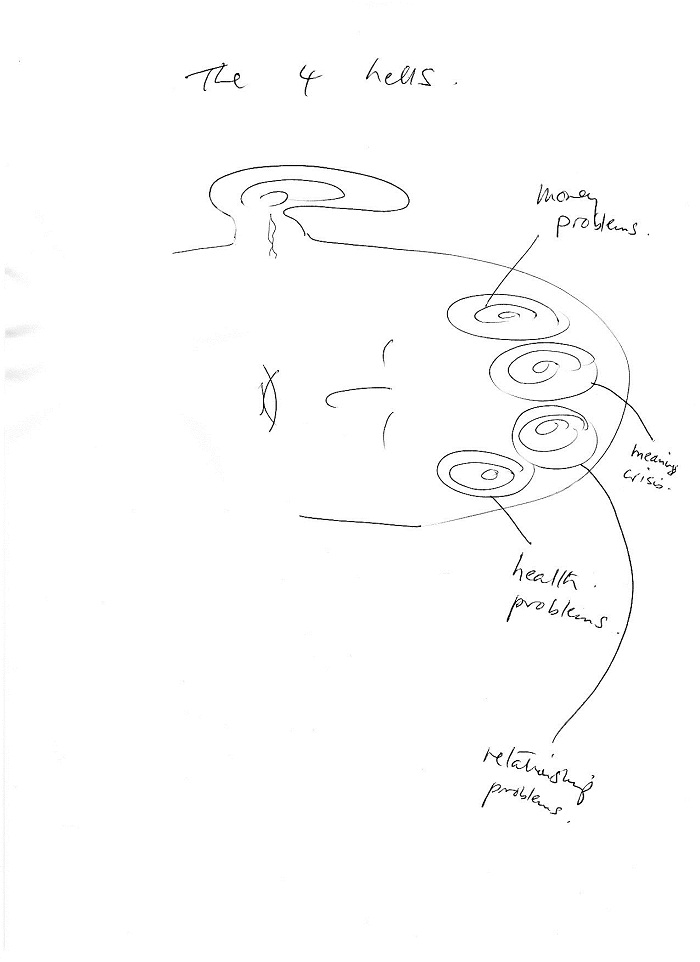 The interviews in the free auditorium help you solve issues related to each of the 4 arenas
Specifically to see that the real danger are the self made holographs – mental constructs –
and how to manage or dismantle these.
Perhaps it is time to reinterpret some of the old masterpieces from a fresh perspective (ignoring dates, names, facts or fiction).
For example, here’s an image of someone practicing mindfulness (not being devoured by his lions).
The lions being his own painful thoughts/the stories we tell ourselves about what is going on.

Richard Moss will be in Europe shortly. Here’s the brief recorded message he made that this post refers to.

Healing images
Here is a holograph of a lion that I’ve just come across online. I see you can buy them. Not a bad idea for a mouse pad! 🙂 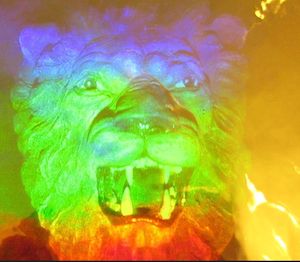 Instant reminder that our inner lions can’t devour us unless we breathe life into them.
How to become more conscious of this on a day to day basis?
One way to explore this in your own life is to have your fingerprints analyzed as this reveals the program you are running unconsciously. Through awareness, that there is a pattern, we can then deconstruct it rather than be consumed by it. More here

« Richard Unger on Success as a Life Purpose | Home | Can we cool the planet by thinking less? »