Is your relationship a mistake or a mirror?
(Interview with Richard Moss)

“We always a marry a mistake. That’s normal!” Richard Moss 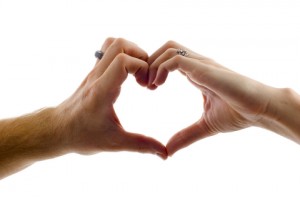 Richard asks What does the relationship want?

Make sure you don’t miss this Friday’s call (February 4th 2011) with one of the most respected visionary thinkers of our times, Richard Moss MD. This is your personal invitation to join the call and get some direct answers to your questions from Richard.
Replay here
Why listen in?

Richard holds most of the jigsaw pieces we’re looking for, especially in relationships.

Over 30 years ago Richard gave up his practice as a doctor to teach practical methods of lessening emotional and spiritual pain and suffering. Since then he’s been working with groups and individuals – helping people like you and me touch a deeper essence of who we are.

What’s special about his work?

Richard offers profoundly simple and practical ways for integrating spiritual awakening into the drama and every day reality of life, particularly in your most significant and intimate relationship.

His new book (Inside Out Healing) launches today (!!!) and his European tour starts this weekend.
Richard be in Paris when we talk on Friday.

What will we discuss?

The focus is on relationship as a spiritual teacher.
We’ll also be discussing radical aliveness and Richard’s forthcoming European Tour.

On the call you’ll learn:

If there is anyone who has answers to these questions it is Richard Moss.

If you miss this call, you’ll still to get access to the replay.

During the call with Richard you’ll learn:

and lots more.
While in Europe, Richard will be offering talks, workshops and seminars in France, Germany, Denmark and Switzerland.

Richard Moss is internationally respected as a visionary thinker, teacher and author of six books on transformation, self-healing, and the art of conscious living.
More than 30 years ago, he left the practice of medicine after a life-changing realization to dedicate his life to help others realize their multidimensional nature and achieve self-mastery. His teaching bridges science, psychology, energy medicine, and spiritual/awareness practices. He is most well known for the deep experiential nature of his work where people learn holistically with their mind, body, and feelings.

His philosophy is entirely pragmatic: work on consciousness must alleviate human suffering and address the root causes of why and how we create so much conflict in ourselves and our world.

His works have been translated into Spanish, French, German, and Danish.

For over thirty years Dr. Moss has taught in North America, South America, Europe and Australia. He has been interviewed in magazines and newspapers worldwide, and has presented at numerous conferences and at such institutions as Harvard University, Stanford University, University of Chicago Medical School, U.C.L.A., U.C. Berkeley, American University, Washington DC, Georgetown University, and John F. Kennedy University.

Richard Moss Seminars organizes and coordinates the conferences, talks, and seminars taught by Dr. Moss, as well as producing all of his audio and video materials. Three Mountain Foundation, a California not-for-profit charity, was founded in 1984 to support Richard’s work by providing scholarships and interest free loans to individuals in financial need who wish to attend his seminars.

Richard lives in Ojai, California, with his wife Ariel. They have three grown children.
Another earth School call with Richard Moss – healing the inner critic
More about his European Tour on his website