What does it mean to be radically alive? (Richard Moss retreat in Europe)

I’ve been wanting to go to Richard Moss’s Radical Aliveness retreat at Trimurti, south of France for well over a year. Fortunately this year I was able to shirk family responsibilities and make it. 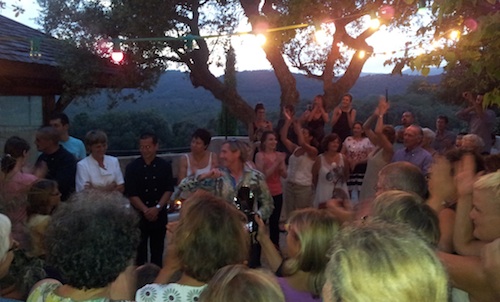 I won’t tell you too much about what we got up to in case you want to go yourself one day. I might scare you off 😉
One thing we did was work much more deeply with the mandala of being. This system of letting go of stories we tell ourselves and freeing yourself of painful emotions is Moss’s gift to humanity. 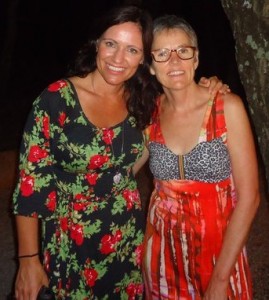 Here’s a pic of me with Earth School member and fellow hand analyst Aashild Tilrem at the the Trimurti farewell party. 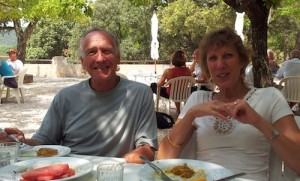 Richard and Deborah have been working together in France for more than 20 years. It was a pleasure to watch them together in action. It’s as if they become one mind speaking in both English and French with Deborah using her whole body to translate. Pure poetry to watch.
One of the experiential exercises we did was Deborah’s 5 rhythms dance which was extremely powerful.

The event was extremely well organised, the venue was perfect and the food was really good. Trimurti’s chef is a real master of her craft. Every dish was delicious.
I was sad to say goodbye to her. 😉
Moss will be giving another similar retreat in Ojai California in November on a beautiful property that’s completely off the grid..
Next Thursday 25 August he’ll be in Copenhagen giving a talk followed by a 3 day experiential seminar.
If you live anywhere near this is well worth travelling to.

Here’s some more information about his European events. 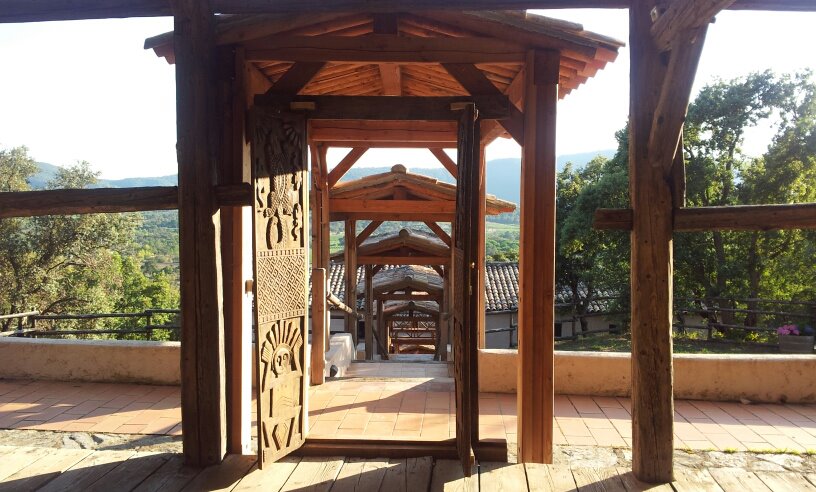 « Serendipity, synchronicity, destiny and free will | Home | The mandala of being – how to stop the hurt »

Topics: Being in transition, spirit | No Comments »